About webcam "View of the beach Bondi beach" in Sydney

Bondi Beach is located 7 km (4 miles) east of Sydney's central business district. It is a place for swimming and sunbathing. It is 1 km of sand, which offers a paradise for tourists, locals and surfers. The village itself is home to a permanent population of 10,000 people, but this number increases in summer and on public holidays. Bondi became a favorite among European tourists who often spend Christmas on the beach. Bondi Beach is the closest ocean beach to the city center, with always good waves. The northern end of the beach is best for swimming, with its gentle waves. The average temperature is 21 degrees Celsius. Swimming is limited between yellow and red flags, which are patrolled by rescuers. In the summer months, they arrive here in a large number of sharks to prevent undesirable attacks resting people are not allowed to swim far. There are changing rooms and showers - access is free. There are also lockers for rent. At the southern end of the beach you can find the famous Swimming Pool Club Bondi Icebergs. Full membership in the club can only be obtained by visiting three Sundays from four from May to September for 5 years. The southern end of the beach is usually reserved for surfers. Sand tiles break at both ends of the beach, but both offer excellent waves. At the southern end, be careful with the famous rip-flow known as Backpackers Express. Bondi is home to surf schools, such as Let's Go Surfing, here you can rent surfboards, as well as wetsuits. The view of the beach opens as it is impossible from the profitable side with the webcam installed there. the quality is excellent, shooting is around the clock, the information is received in real time.

Most popular webcams in Sydney

Webcam Sydney, The beach at Cronulla

Webcam Sydney, The beach in the village of Narrabeen 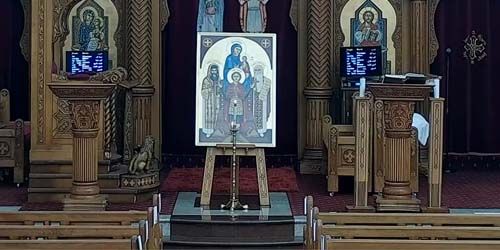