Live cameras in Thessalonians. Live webcams Thessalonians onlineThessalonians. Thessaloniki is a port city on the coast of the Gulf of Termaikos in the Aegean Sea. In the history of his existence he was under Roman, Byzantine and Turkish influence. This is particularly noticeable in the area of ​​Ano-Poli (Upper Town). So, for example, in the ruins of the palace of Emperor Galerius there is a rotunda of St. George, which at various times was both an Orthodox church and a mosque. In 1917, the city center was badly damaged by the fire. In the XX century, the city was rebuilt and now has a modern European layout. The population of Thessaloniki is about 330 thousand people.

Most popular webcams in Thessalonians 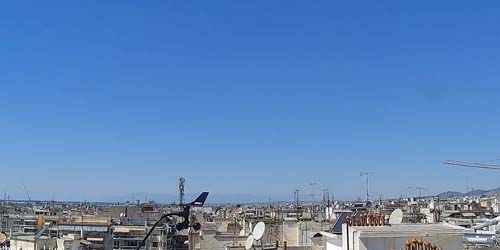 Webcam Thessalonians, Panorama from above

Share webcam Thessalonians with your friends in social networks

Do not forget to watch other live streams Thessalonians