Live cameras in Brazil. Live webcams Brazil onlineBrazil. Colorful Brazil annually attracts several hundred thousand tourists from around the world. It is a country of festivals, dances, active rest. Here cook the most delicious coffee and it can tell you not a single traveler, although the locals do not like it, they prefer to replace it with cocoa. Few people know that the capital of Brazil in night time bus drivers are allowed to drive through a red traffic light, so be careful when crossing the pedestrian crossing. This rule was introduced after increased risk of robberies. Worth coming here on vacation to get a lot of pleasant experiences, this holiday will certainly be remembered for a long time. you can save your time and money and make a virtual journey around the country, it is enough to have a computer and connection to the Internet. Live broadcasts of the Brazilian cities network users watch online for free. Web cameras to watch at any time convenient for you. camera installed so that a person receives a maximum of useful information about the illuminated object. There are many interesting facts about the country, for example, that there are no families in which one or two children, unless it is newly formed. In Brazil it is customary to have at least three children, despite the fact that the standard of living in some areas is below average. The locals are very wary of marriage, so the people here meet for ten years. but on arrival in Sao Paulo you can hardly see outdoor advertising, all because here not so long ago a law was passed banning it, it is considered that it pollutes the city.

Most popular webcams in Brazil 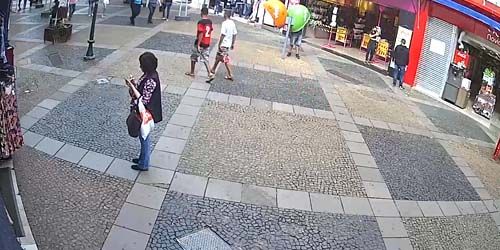 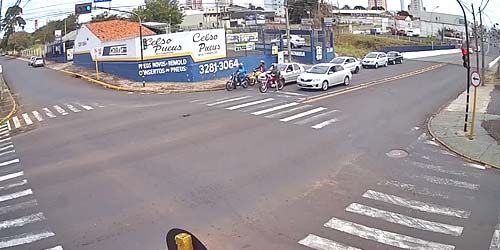 Webcam Bauru, Traffic on the streets 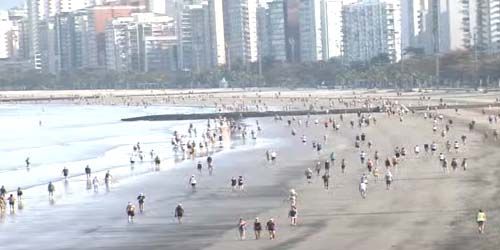 Webcam Sao Paulo, The beaches of the south coast of the Atlantic

Webcam Sao Paulo, Cafe on the beach of Santos

Share webcam Brazil with your friends in social networks

Do not forget to watch other live streams Brazil