View all webcams in the country

Santorini (officially named Tira) is one of Greece of the Cyclades in the Aegean Sea. The hilly landscape of the island was formed as a result of the strongest eruption of the volcano in the XVI century BC. er Fira and Oia, the two main cities of Santorini, are known for their snow-white cubic houses erected on the rocks above the underwater caldera. They offer a wonderful view of the sea, small islands in the west and beaches with black, red and white pebbles of volcanic origin. The island’s population is 16,000. 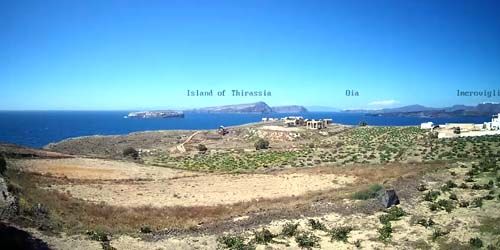 Do not forget to see other webcams Emborion (Santorini Island)