The Republic of Chechnya, already more than ten years is not associated in people's minds with war and destruction, after coming to power, its President she was rebuilt and converted. Today it is safe to say that the Republic has become a civilized state in whose territory efficiently organized infrastructure, people feel confident, and the city itself is striking in its beauty. Indeed in Chechnya many attractions that are worth seeing, that only is the heart of Chechnya Mosque named after Akhmad Kadyrov. Let him inside and not let everybody else, but to enjoy its external architectural forms. If you are afraid to come here, the ideal option for you would be the webcam, mounted in front of the mosque. She is shooting round the clock object and gives a picture to the Internet absolutely for free. You and any user can activate the stream and enjoy what he saw, and then unmute you will be available to new opportunities and you will be able to hear one of the services. A special spectacle not to be missed, you will be able to see after sunset. The mosque is a colorful installation, it has different colors after sunset and it seems that this light appears around the special atmosphere of the holiday.

Most popular webcams in Grozny 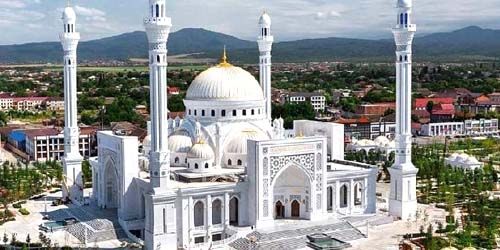 Webcam Grozny, Mosque Pride of Muslims in the city of Shali 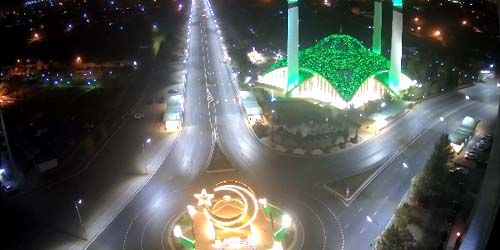 Webcam Grozny, Mosque named after Aymani Kadyrova in the city of Argun