About webcam "The city pool" in Zvolen

In the Rakoka War of Independence, Kuruk's army defeated enemy forces from Austria, Denmark, Vojvodina and Hungary in the Battle of Zvolen. In the years 1848-49. Ľudovít Štúr was a member of the Seimas, and was called by the electoral district. In 1871-1872 two new railways were built, and Zvolen became an important railway junction and an important industrial center. Zvolen played an important role during the Slovak National Uprising. Two of its armored trains, which were manufactured in the local railway manufactory, Khurban and Stefanik, can be seen near Zvolen Castle. An important railway line is important, an important automobile junction, a large timber mill and a technical university. The airport in nearby Sliač offers direct flights to Prague. The city square was modernized in 2002, and local businesses are popular with tourists. In winter, an ice rink is built in the center, and festive celebrations take place during December. There is a city swimming pool, which view from the web camera around the clock on-line.

Share webcam The city pool with your friends in social networks

Most popular webcams in Zvolen 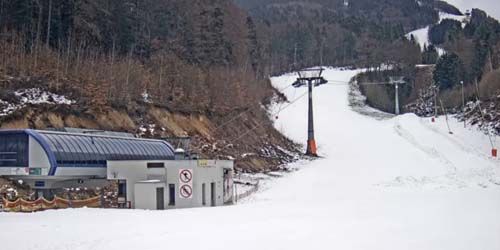 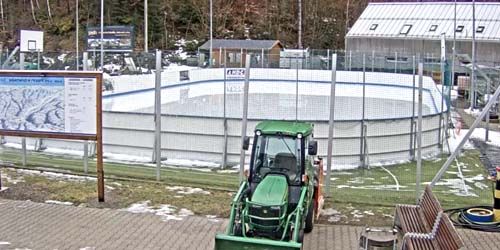