See on webcam Callao Square and watch the weather in Madrid

About webcam "Callao Square" in Madrid

The square of Callao is located in the center of the Spanish capital of Madrid. In 1861, the square was officially opened, its name recalls the Battle of Callao in May 1866 between the Spanish naval forces under the command of Casto Mendes Nunez and the Peruvian army. The area was significantly and aggressively reformed in the 21st century. The reform removed almost all the elements present at that time, with the exception of access to a metro station and a large tree, turning the square into a space for pedestrians and homogens, adding a limited amount of urban furniture. Conversely, large screens were added to the surrounding buildings. A pedestrian space located in a commercial area of ​​the city is often leased to companies wishing to hold promotional events. The area with its architecture is available in real time around the clock, just activate the broadcast on your device.

Share webcam Callao Square with your friends in social networks

Most popular webcams in Madrid

Webcam Madrid, The territory of a small hotel

Webcam Madrid, Pedestrians on the street

Webcam Madrid, supermarket in the suburbs of Pozuelo de Alarcon 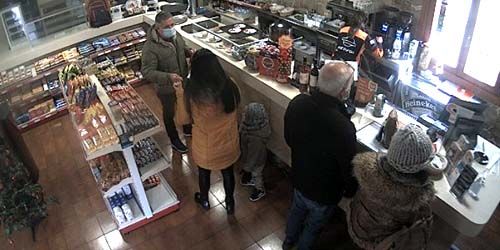 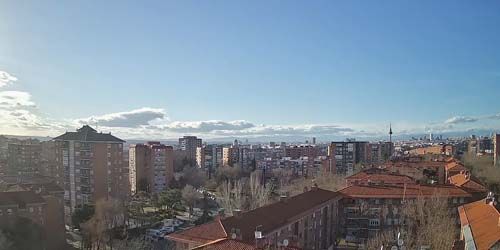 Webcam Madrid, Panorama of the city from above