Webcam Calgary - The intersection on the outskirts

About webcam "The intersection on the outskirts" in Calgary

In the late 1960-ies the city of calgary has changed dramatically with the eruption of the oil boom. Within ten years the population increased rapidly, and billions of dollars were included in construction projects around the city. Tourism in calgary is open to the world, when the city hosted the winter Olympic games in 1988. Today, the population of calgary is at a level slightly more than a million people and continues to grow. Despite this, the city has preserved the atmosphere of a small town. A good start to your travel trip to calgary is a national historic site Bar U Ranch. This historical object is actually an hour drive South-West of the city, but it gives an idea of how calgary would look like 100 years ago. Bar U Ranch is a fully operational ranch that prides itself in that it keeps the history of calgary in accordance with the old Western tradition. There are 35 original buildings, some of which date back to 1880. To see the city from the crossroads on the outskirts through the lens installed there is a web camera. The stream is fed into the grid around the clock, and you can look at it online.

Most popular webcams in Calgary 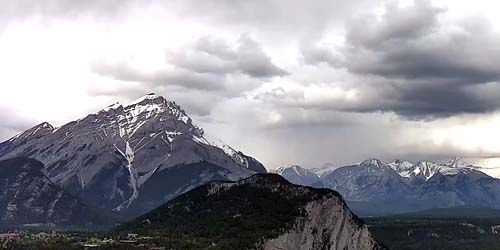