Webcam Cabo San Lucas - View of the bay from the shore 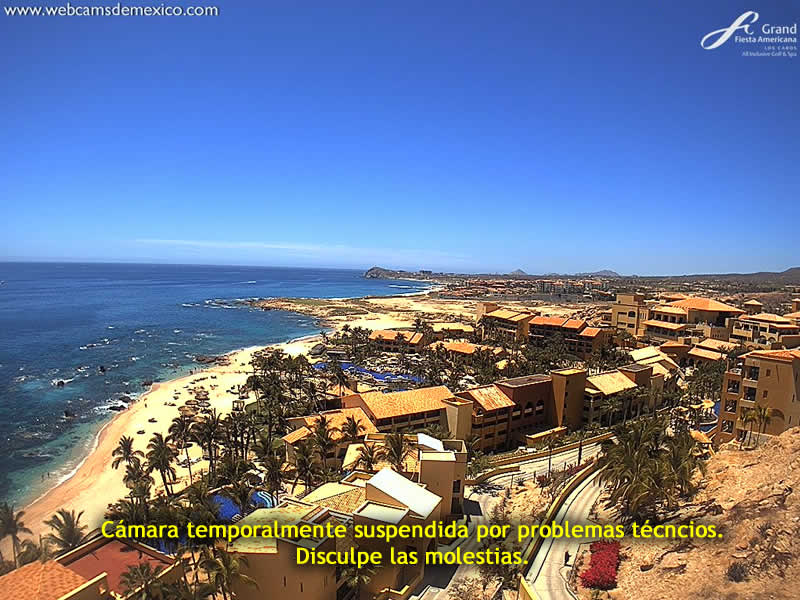 On the territory of the coast of Mexico there are places that can not fail to impress you with its beauty. Nature tried for millennia to create what today can admire a person without attachment to its location. If you still don't know how this is possible, enable the stream from the web camera and will be able not only to travel without borders, but also to see the picture in real time around the clock. One of the web cameras were installed on the territory of Cabo San Lucas, she reveals to everyone the view of the Bay from the shore. It is a unique spectacle that can be viewed by any user of the Internet simply to have a good network connection. The Bay, which enters the frame of live pictures, attracted the attention of thousands of tourists every year, its coastline is sharply out into the sea, allowing further progress. On-site guide, there are places with white sandy beach and rock formations. If you look at the sea in good weather you can enjoy the picture infinitely, near the shore the water looks especially blue for the depth it gets dark, but loses the brightness of the shades. The water in the swimming season warms up to 26 degrees, it is one of the few places that can be called a Paradise on earth. Web camera broadcasts the picture of the clock, but after sunset it becomes hard to see, all because the device is not designed for night photography, and on-site beaches, there is no strong light sources. However, the camera installed in this position in order to allow the user to estimate the number of people on the beach, and the coastline in the Bay, the overall landscape.