Seattle - a city on the coast of Puget Bay in the Pacific Northwest region, the largest in the state of Washington. It is surrounded by numerous water bodies, mountains, evergreen forests and thousands of hectares of parklands.

Seattle has headquarters for large technology companies such as Microsoft and Amazon. The main attraction and symbol of the city is the futuristic Space Needle tower, built for the World Exhibition in 1962. The population of the city is 600,000 people.

Most popular webcams in Seattle 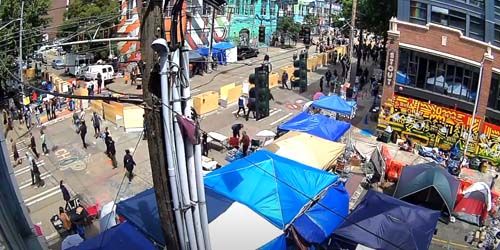 Share webcam Seattle with your friends in social networks

Do not forget to watch other live streams Seattle