Live cameras in Alania. Live webcams Alania onlineAlania. Alanya - a resort town in the central part of the Mediterranean coast of Turkey, which is often called the Turkish Riviera. The city is famous for its surrounded by hotels wide beaches, among which the beach of Cleopatra, where according to legend the Egyptian queen was bathing. On the territory of the huge fortress of Alanya, built by the Seljuks on the top of a steep cliff and turning into a museum in the open air, there are Ottoman villas with red tiled roofs and the octagonal tower Kyzyl-Kule (Red Tower), a symbol of the city since 1226. The population of Alanya is 285 000 people.

Most popular webcams in Alania

Webcam Alania, Panorama of the sea with apartments Toroslar Construction

Webcam Alania, Cafe on the Mediterranean 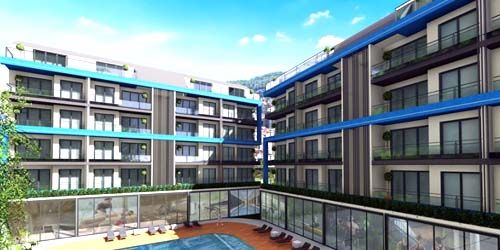 Share webcam Alania with your friends in social networks

Do not forget to watch other live streams Alania