Live cameras in Los Angeles. Los Angeles is a huge city in the south of California, the capital of the American film industry and television. The area of ​​Hollywood, whose name is laid out on the hill in huge letters, has gained worldwide fame thanks to the film studios Paramount Pictures, Universal and Warner Brothers. Tourists can go on a tour of the film sets of popular films. On the Hollywood Boulevard is the Chinese Theater TCL, in front of which the movie stars leave fingerprints of the palms and feet. And on the Walk of Fame, you can buy a map where celebrity houses are celebrated. The population of the city is rapidly increasing and as of 2017 it was equated to four million people.

Most popular webcams in Los Angeles

Webcam Los Angeles, The harbour in one of the hotels

Webcam Los Angeles, The underwater world in the Gulf

Webcam Los Angeles, The beaches of the suburb of Newport Beach

Webcam Los Angeles, Overview from the mountain of Santiago Peak

Webcam Los Angeles, Panorama of the town of Ojai 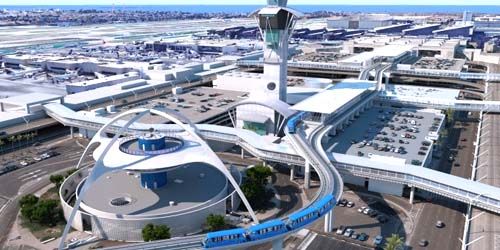 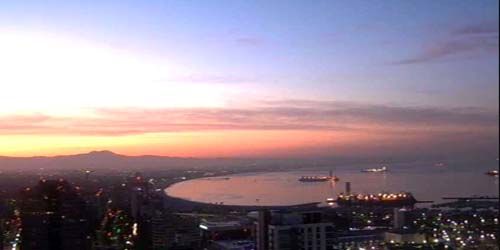 Do not forget to watch other live streams Los Angeles