Live cameras in Warsaw. Live webcams Warsaw onlineWarsaw. Warsaw is the capital and the largest by population and territory of the city in Poland. Warsaw became the de facto capital in 1596, when after the fire of the Wawel Royal castle, king Sigismund III moved his residence here, with the capital city status was confirmed only in the Constitution of 1791. Through the city flows the river Vistula. The population of Warsaw in 2015 amounted to one million seven hundred fifty thousand people.

Most popular webcams in Warsaw

Webcam Warsaw, The intersection of Carcela and Leszno

Webcam Warsaw, The Bridge Of The Holy Cross

Webcam Warsaw, The Size Of The Savior

Webcam Warsaw, The Avenue of Solidarity, views of the IBIS 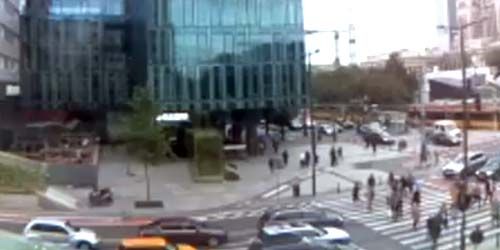 Share webcam Warsaw with your friends in social networks

Do not forget to watch other live streams Warsaw