Live cameras in Sochi. Live webcams Sochi onlineSochi. Sochi is a Russian city on the Black Sea, a popular beach resort. In 2014, the Winter Olympic Games were held here. One of the main attractions of the city is the arboretum, famous for its palm trees. In addition, the city is famous for neoclassical buildings of the XX century, such as the Winter Theater with a colonnade. At the foot of the Caucasus Mountains lies a national park - a forest area of ​​1937 square kilometers. 70 kilometers from the sea is the famous ski resort Krasnaya Polyana. The population of the city is constantly growing and in 2017 amounted to almost 400,000 people.

Sochi webcams - a great opportunity to personally observe the beautiful city. Recently, many changes have been made in its open spaces, which have benefited. Therefore, we offer a whole catalog with equipment available for round-the-clock monitoring. Your advantage will be a high-quality picture, the presence of an active foundation and several options for viewing one place. The collection is not limited and is constantly updated with new ones. The metropolis receives high-ranking guests and is constantly expanding, it is considered a resort and is improving.

Among the available are: 1. Infrastructure penetrated by parks, decorative ornaments and chic structures. Such a result arose thanks to activities that were carried out with the participation of the state, and sponsorship was serious. 2. Olympic Park will amaze you with its size and design. Large buildings, stadiums and hotels. Decorated sidewalks, sports grounds and detailed infrastructure. 3. It is planned to add equipment from the Sochi arboretum. This place is filled with diverse fauna and flora, which has exotic elements and original appearance. 4. There are cameras beaches and sea, which differ little from similar options. But you can appreciate the improvement and the scale demanded by tourists. 5. Rate the Riviera Park. This is a spacious area, endowed with attractions, attractions, a dolphinarium and cafes. There is plenty of variety, you just need to choose a convenient moment. 6. Not without nature, Mount Akhun itself is open. It extends far beyond the horizon and is strewn with dense forest. Rocks peep through the greenery from which you can take unforgettable photos. 7. The railway and maritime station looks interesting. At the same time, not only unique architecture, but also modernity is celebrated. As if different historical times merged together and harmoniously exist in the resort.

All of the above, this is only a small part of the content of Sochi’s webcams. Nice weather, sunny surroundings and an abundance of tourists will pleasantly surprise you. Sometimes you can witness the holidays and high-profile events, and sometimes find a territory that no one has heard of.

Most popular webcams in Sochi

Webcam Sochi, View of the beach LOO and hotels nearby

Webcam Sochi, A view of the pool at Grand Hotel Zhemchuzhina

Webcam Sochi, The beach in the complex Satellite

Webcam Sochi, View of the surf from the Stargorod restaurant

Webcam Sochi, The Beaches Of Kudepsta

Webcam Sochi, Review camera the beaches of the city

Webcam Sochi, The city on the background of the Winter theatre

Webcam Sochi, The reception is at a hotel

Webcam Sochi, The territory of the hotel "Spring"

Webcam Sochi, Panorama of the sea

Webcam Sochi, Beach in the village of Lazarevskoye 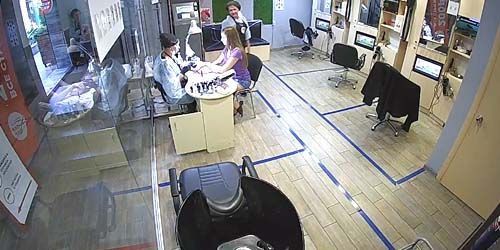 Webcam Sochi, Cableway in the Arboretum

Webcam Sochi, white kangaroo in the zoo of the Oktyabrsky sanatorium

Webcam Sochi, Panoramic from above

Share webcam Sochi with your friends in social networks

Do not forget to watch other live streams Sochi