Live cameras in Omsk. Live webcams Omsk onlineOmsk. Omsk is one of the largest cities of Russia, the administrative center of Omsk oblast, located at the confluence of the Irtysh and the om. Awarded the honorary title of "City of labor glory", is a major industrial center with enterprises of different industries, including defense and aerospace. The cities (1 million 200 thousand people in 2017), the second largest population in Siberia and eighth in Russia. A major transport hub: from West to East passes through the city railway TRANS-Siberian railway, and from South to North is the navigable Irtysh river. The territory of Omsk were of great importance since ancient times. Here were settlements and burial grounds of many developed Nations that lived from the VI Millennium BC to the XIII century b. C.. In the XVII century the demand in the Russian city at the mouth of the Omi was so great that his Foundation has repeatedly asked the king. Laid Omsk was I. D. Buchholz in 1716 as a fortress defending the southern border of the state. The main development of the city has received in XX century, was the capital of the Russian Empire (White Russia) in 1918-1920, has expanded considerably in the years of the great Patriotic war when it was evacuated many factories from the European part of Russia, until the collapse of the Soviet Union was known as the "garden City", "City of youth", "City of Sciences".

Most popular webcams in Omsk

Webcam Omsk, A cinema Mayakovsky in the street the Red way

Webcam Omsk, The intersection on the Avenue of Karl Marx

Webcam Omsk, Intersection on a street of Marshal Zhukov

Webcam Omsk, The fountain in the square. Dzerzhinsky

Webcam Omsk, the neighborhood on the street Dianova

Webcam Omsk, Parking on the street 70 years of October

Webcam Omsk, The toy store down the street Herzen 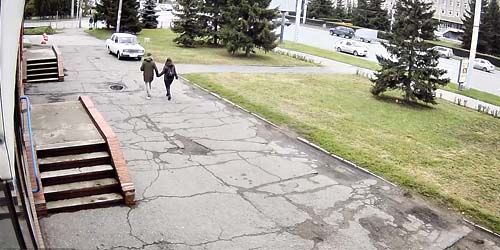 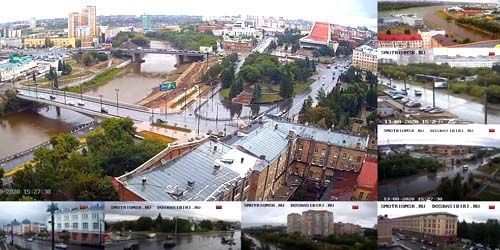 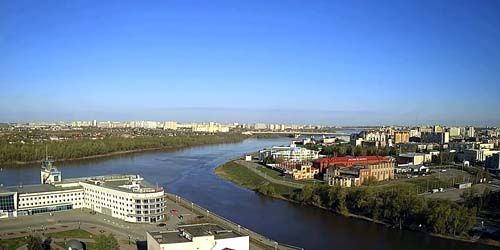 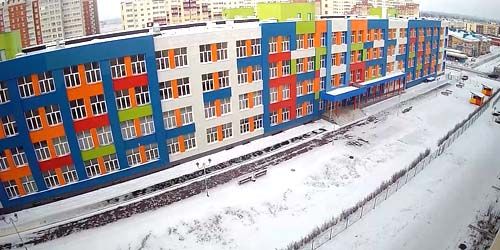 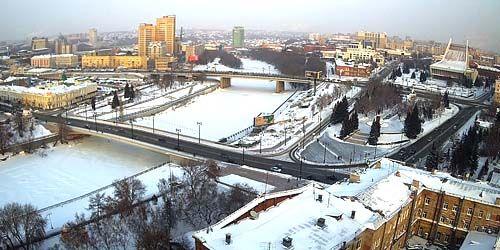 Share webcam Omsk with your friends in social networks

Do not forget to watch other live streams Omsk